We are pleased to announce that the guest speaker for the Artemis and Apollo meeting on 15th September at Wokefield Park in Reading will be William Casely. 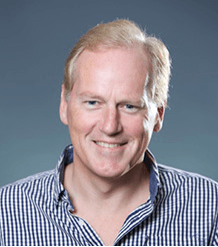 William has 28 year’ experience working in the retail industry, 16 of them in Senior Management positions.

Trained at Harrods, William has worked with a range of retail names over his working career, such as Debenhams, Bentails, Harvey Nichols and the Otter Nurseries Retail Group. Career progression with Debenhams culminated in him managing their Oxford Street store, before he moved to Kingston as General manager of Bentails. As Chairman of Kingston Town Management Ltd he developed one of the earliest known town centre management organisations in England. He then went on to be appointed as General Manager of Harvey Nichols, which led to him becoming Group Director at the Oxford Retail Summer School, Kebel College. Returning to the South West, William became Managing Director of the Otter Nurseries Retail Group.

William joined the Exeter Business School in 2010 on the ‘Practitioner Research Fellowship Scheme’ and is a lecturer in Business Management. He completed his MBA in 201, graduating with a distinction and is currently working on his PhD thesis entitled ‘The Entrepreneurial Process and Intelligent Failure’.

William shall be speaking upon the subject of ‘Innovation and entrepreneurship in organisations: Leading in an age of uncertainty’.