We are pleased to announce that the guest speaker for the Artemis and Apollo meeting on May 26th at the Connaught Rooms in London is Graham Brady. 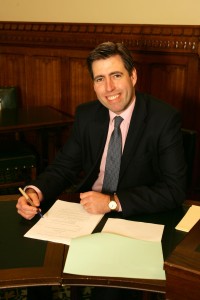 Graham is a British Conservative Party politician with vast experience in politics, having started his political career in 1997 after being elected as the Conservative MP for his home county, Altrincham and Sale West. He then went on to become a member of the Education and Employment Select Committee and to serve as a Parliamentary Private Secretary and whip to Rt Hon Michael Ancram.

Graham served as Shadow Minister for Schools from 2001 to 2003 and Shadow Minister for Europe from 2004 to 2007, resigning in 2007 following David Cameron’s opposition to bringing back grammar schools; an issue which initially led him to become politically engaged when, aged 16, he joined a campaign to save his local grammar schools. Education has continued to be his passion, maintaining active support of his local schools in Altrincham.

In 2010 he was elected Chairman of the 1922 Committee, and went on to be voted Backbencher of the Year by Spectator Magazine.

Graham lives with his wife and two children.

We shall look forward to hearing his talk, on the subject of Europe, at the meeting in May.