Artemis and Apollo – The Porsche Centre

The Artemis and Apollo delegates met on 24th March at the Porsche Centre, Silverstone in Northamptonshire. 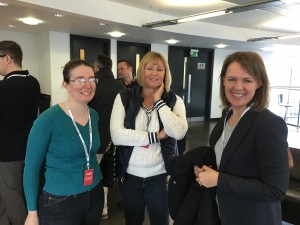 Liz, Sue and Christine enjoying a chat before the testing morning activities. 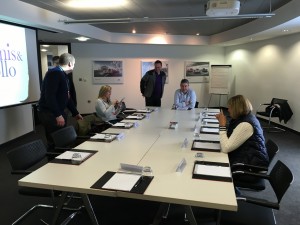 Some of the group arriving to start the superb afternoon meeting.

The long-awaited experience gave the members the chance to be shown around the workshops of the well-known racing team, Speedsport. The group of 16 members were then transferred to the fabulous Porsche Centre. After tea and snacks, the group were given a drivers briefing and placed in teams to start the mornings activities. The first group were dispatched to drive the waiting supercars around the specialised track- with experienced instructors at hand to provide some encouragement if needed. Meanwhile the second group went into the physical training and driver assessment centre to be given an inside look as to how the area is used to provide training for professional drivers. The groups then changed over and it was the second group’s chance to do the driving while the first experienced the training area. 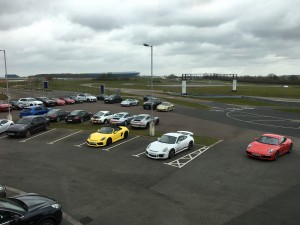 A view of some of the Porsche’s that the members were able to drive.

A competition was arranged using a fast reaction piece of equipment in the centre. The winner was Doctor Phil who trounced the opposition to record a 60 second total of 86. 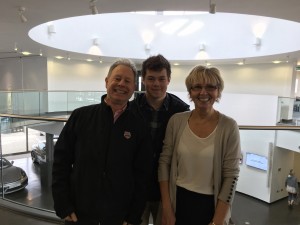 Josie, our facilitator, with the two Mikes from Speedsport racing team who helped arrange a fantastic day at the Porsche centre, Silverstone.

After a superb lunch the group resumed the more normal Artemis and Apollo meeting behind closed doors at the centre’s boardroom.
The temporary change of format for the meeting was well received and a great day was had by all. We are looking forward to the next meeting to be held in London at the Connaught Rooms on May 26th when a prominent member of parliament will be talking in the morning session about our membership of the EU.